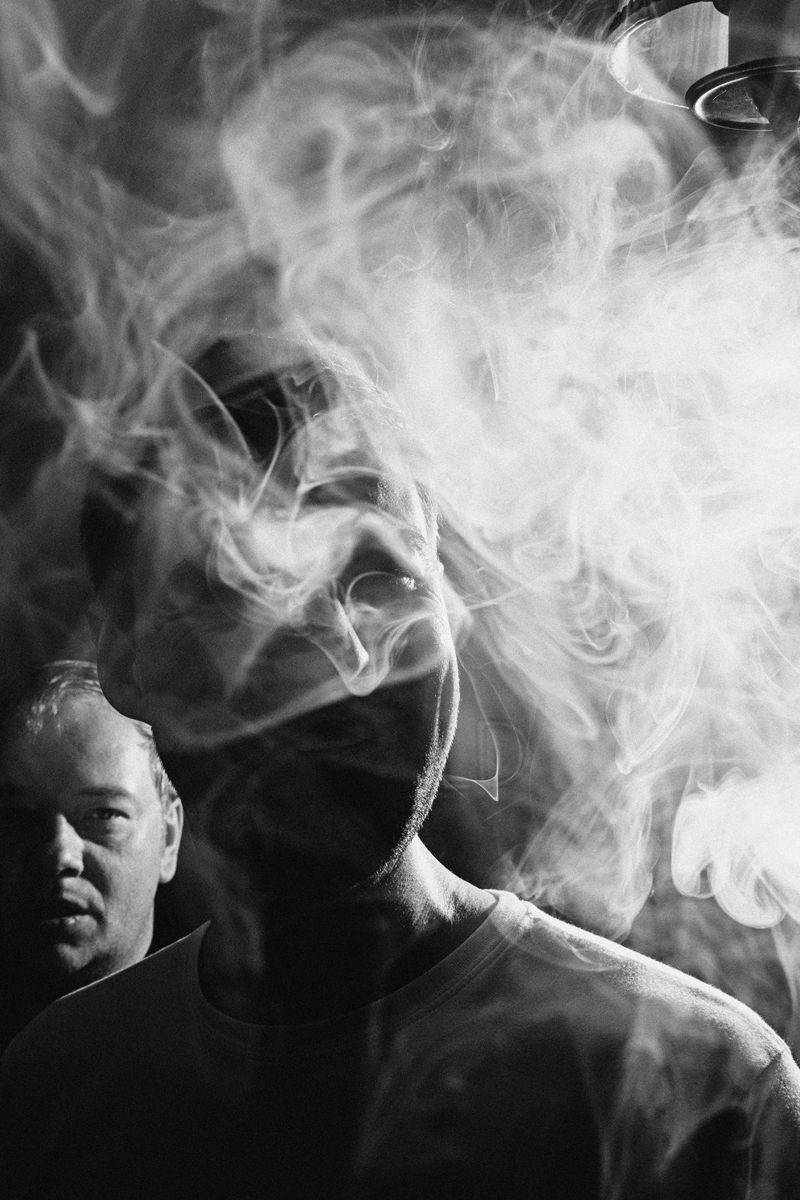 July 2020 sees the Harald Björk remixes of 'Doch Doch' and on this occasion Riley Reinholds speaks with Extrawelt about one of their greatest hits. Needless to say the original of "Doch Doch" is one of the most influential trax in German techno history ever made.

For a lot of clubbers that track is a religious experience! For more than 10 years now it has been a cultural phenomenon. It intensified emotions and it certainly cemented communities of old school and new school ravers at the same time.


• What happened when you played Doch Doch for the first time? Can you remember where you played the track? Where you a live-act right from the beginning or was it more of a transitional period?

Not really sure... but it didn't leave our live set for a long time. We made a couple of live versions of it over the years to keep it fresh for us too but even though it's one of our most played tracks we still enjoy playing it. It creates great new memories on gigs but emotionally for us it always comes already attached with many good memories from the past too.

We both started separately to deejay first, Wayan for himself and me together with Marco Schmedding aka Morelle as "Spiralkinder". When Wayan and me started to make music in Winter 98/99 it didn't take too long until we had enough tracks ready to play our first live act under the Spirallianz and Midimiliz moniker. And then again a few years later in 2005 we founded Extrawelt but at first didn't have enough tracks to fill even an hour and so it happened that we played our first Extrawelt gig together as DJs in Stuttgart. The second though was already as Extrawelt live.


• How was the reaction of the DJs when they first heard it?

The feedback was overwhelmingly positive! It was only official DJ Promo feedback as we we didn't know too many DJs personally yet. Social Media was still not really a thing back then, Myspace was still basically it if i remember well.


• It all started with the Soopertrack EP on Border Community. Did people think of you as an english artist duo due to that?

Yes, in 2005 we released the EP on Border Community but it wasn't until a year later that we had our second release with Fernweh/Drehfehler and immediately after came the Doch Doch and Titelheld 12"s. That people think we are from the UK or somewhere else still happens today sometimes which is totally fine and often funny.


• The magic of the track is due to the fact that its energy is generated by so few elements. The empty spaces in the track are responsible for the forcefulness of the track. They demand from the listener and dancer to constantly give it a shove, mentally speaking. Was it clear to you that you created something so big?

We never thought of any track that we made until today that we made something big to be honest, we are very much the opposite actually. Always doubtful and never sure about anything. But yes the space between the sounds in Doch Doch is probably contributing as much to its vibe as the sounds itself. Sometimes purism can make a track indeed rather more intense than the opposite as there's no escape from the ingredients that are left.


• Was 'Doch Doch' the most minimalist track you had done up to that point and was it a blueprint for trax to come? Seeing that it was so successful it could have assured you to continue in that style.

Doch Doch is likely one the most reduced tracks we've ever made, we often try to get rid of things that are not essential or may not contribute in the right way. Although it ain't easy to choose well, focus on the right thing and to let go of sounds and parts that are actually not bad but just not right for that particular track. We are not really interested in a blueprint sort of thing, we rather change everything up on purpose to get somewhere else instead of repeating ourselves. But that kind of focus and to reduce and hang on only to the most important elements and also to carefully build up the arrangement although it means to listen to it painfully often was definitely something we discovered in that period. . 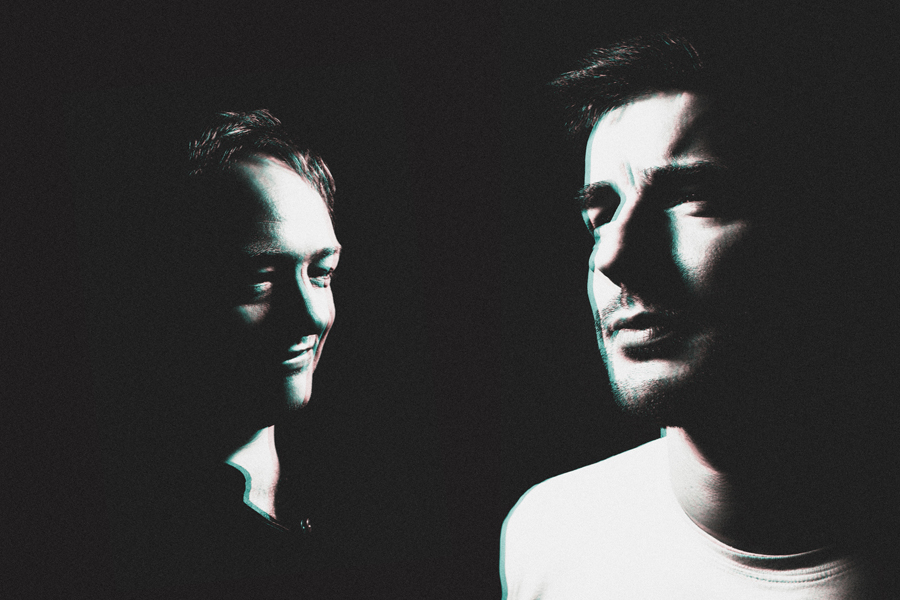 • Was the founding of Extrawelt as the name implies an outlet for additional music to Midimiliz? Was the idea to have it run parallel to Midimiliz?

It was a very spontaneous idea to start a new project. Border Community signed the tracks as Midimiliz and when it was about to make the cover design we thought that it might be good to call it something else because it was a bit different and especially as slow as nothing we had ever released as Midimiliz. There was no plan to end Midimiliz and we kept on playing and releasing as Midimiliz and our other projects. It was probably sometime in 2006 when we realized that we want to concentrate on Extrawelt and explore that new thing.


• You said years ago in an interview with DE:BUG concerning Midimiliz “We did not look for something totally new. The biggest change was to cut down the tempo. We might be a bit more courageous when dealing with melodies!“. Would you coin it that way also today?

Yes, it wasn't that we decided to end Midimiliz or actually drastically changed our style. One thing led to the other and it was a smooth transition. I do hear a lot of things in our "late" Midimiliz tracks that are already Extrawelt-like and a change of tempo opens up a massive amount of territory to explore musically. I still have that when i go out of our usual tempo ranges that suddenly everything feels and works very differently.


• What value has Doch Doch up to now in your sets? Do you sometimes make updates or will you rather play it 100% in the original version.

It aged surprisingly well. Especially one of the live version has prevailed and usually gets pretty good reactions. Plus it is really fun to play live due to some additional synth lines. 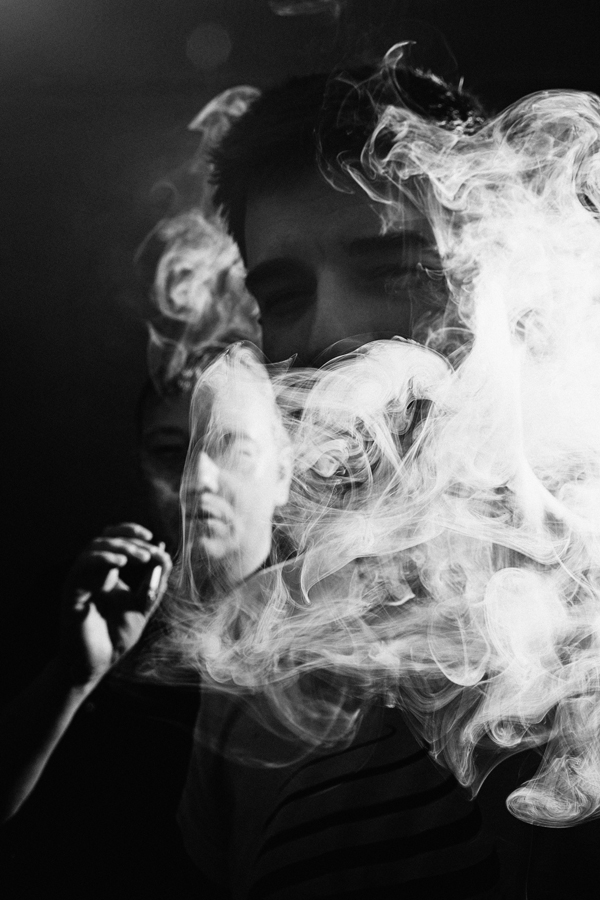 • The track has for sure inspired people to make music. Anyone in particular?

It is one of the biggest compliments when people tell us that because of certain track of ours they got into this music or into making music and Doch Doch sometimes happens to be among those tracks.


• How did it come that you gave the track its name "Doch Doch"? It sounds self affirmative in the way: "More than ever, let's do it!"

Haahha... yes maybe it was a bit self affirmative indeed. In german it has definitely also a bit of a Mr Know It All Wisenheimer-y taste and sounded just funny to us!


• One more thing the flip-side "Last Past“ did even better at Beatport in the USA whereas "Doch Doch“ always was the hit in Europe. Why do you think this was the case?

That i really don't know. I always thought "Last Past" is a cool track too ;) but luckily people decide for themselves.