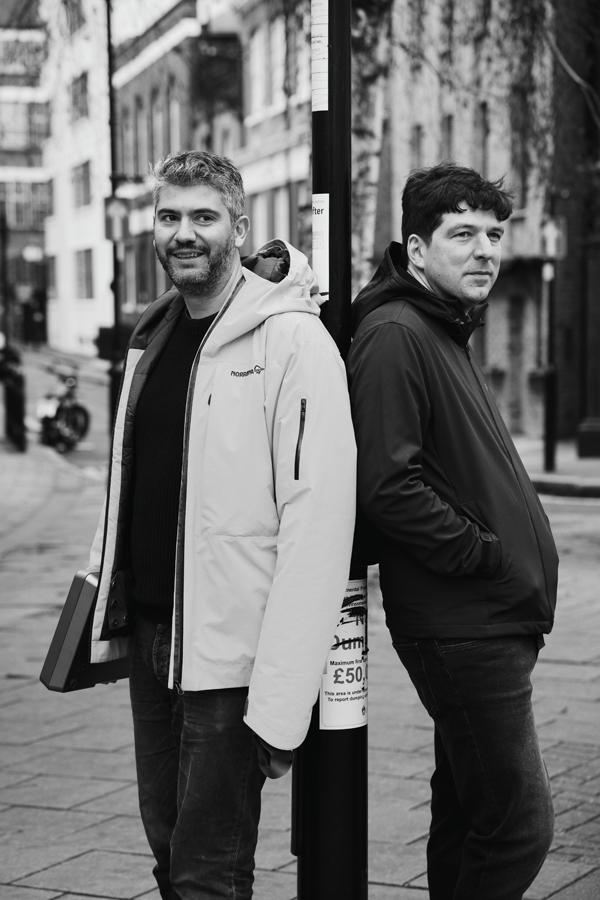 The MFA earned their reputation with a wide-ranging musical output, always underpinned by an essential pop sensibility and a healthy dose of that early 90s spirit. They kicked off their career with their well known lush deep filtered house hit: "The Difference it Makes" on Border Community as well as their track "Throw it back (We will destroy you)". Releases on Kompakt Pop and BPitch followed and were trailed by an impressive string of remix credentials, including EMI France's Telepopmusik, Domino's Junior Boys, and Boxer Recordings.


• We heard that a lot about the MFA is the spirit of live playing! When did you actually start to play live and which were the clubs that were really doing it for you in the UK?

We started to play live soon after we first met. This was before we had released any tracks so it was hard to get booked. We used to turn up with two full desktop computers with old CRT monitors, synths, the works. Back then we knew we wanted to play electronic music live but it was quite hard to do that genuinely. Our early gigs were more like a live drum and bass style but this didn’t last for long. Our first ever proper gig was at the Foundry in London, a bar that Bill Drummond from the KLF (one of our early big influences) helped set up. Unfortunately now it has been demolished and looks like it is being replaced by more offices.

The clubs I have particularly good memories of in London from those days were The Blue Note, particularly the Metalheadz nights in the 90s with DJs like Doc Scott, Peshay, Grooverider and Goldie. James Holden’s gigs at Electrowerkz, an 8 hour set from Laurent Garnier at The End and Josh Wink at Fabric.

Once we figured out what kind of music we wanted to write as The MFA, we were lucky in that when The Difference It Makes came out on Border Community and then Kompakt, we quickly started getting asked to play clubs and venues we had only dreamed of a few months earlier.


• We know you have stated before that you love the energy of the UK rave scene beginning of the 90ies and everything connected with it! What do you think is specific about that time?

We are not old enough to have been in the early 90s rave scene in person!

I think it is natural that the music you hear when you are growing up has a disproportionate effect on you. The pirate radio stations used to be like a window into that world. What attracts me to that period is the DIY nature of the scene, the lack of pretension, the focus on bringing different types of music and people together. By the time we were performing as The MFA everything was much more professional and categorised. Obviously that has some benefits, but you can lose the spontaneity and fun. 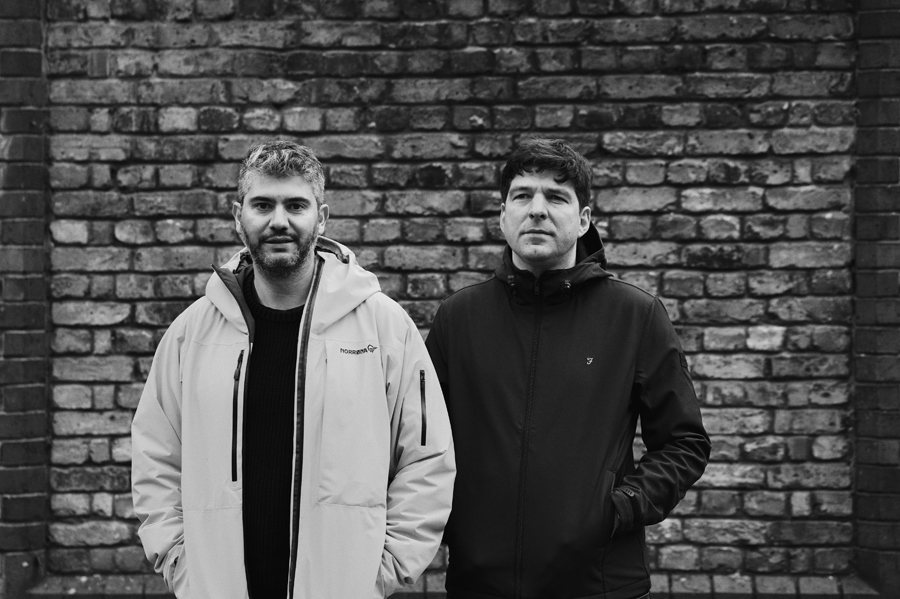 • There are just a few videos on YouTube about that time so virtually all what happened then was without being observed or commercially exploited by social networks... maybe today it is hard to reinstall that spirit . Would it be be possible to reinstall it?

I don’t think it is possible to go back to that world now. The business of electronic music is just like that today, a business. And as London and other cities become more redeveloped and expensive, it becomes harder to open nightclubs without treating that like a business too. Music is consumed and discovered online these days, not in the clubs, especially now that they are all shut because of coronavirus. I hope that there will be more support for the scene so that there will be something to return to when the lockdowns lift. But on the other hand it is so easy to write your own music, make your own video, promote your own music these days. There’s an explosion of exciting new artists and genres. That’s a good thing. Anyone can have a go, you don’t need to own a studio or expensive equipment.


• What were the favourite clubs where you played yourself?

Favourite clubs we played in were: Nitsa in Barcelona. Such a beautiful old venue and the crowd were always there to have fun rather than take things too seriously. Plus I got introduced to Jamon Iberico for the first time by the promoter.

Turnmills in London. Sadly closed for years now but such a famous club in the 90s in London that it was so exciting when we played there. These days I live near it and it has been demolished and turned into offices/a restaurant.

We had two really great gigs at Rex Club in Paris which was exciting because of the link with Daft Punk.

Berghain in Berlin and The Pod in Dublin were also both fantastic. 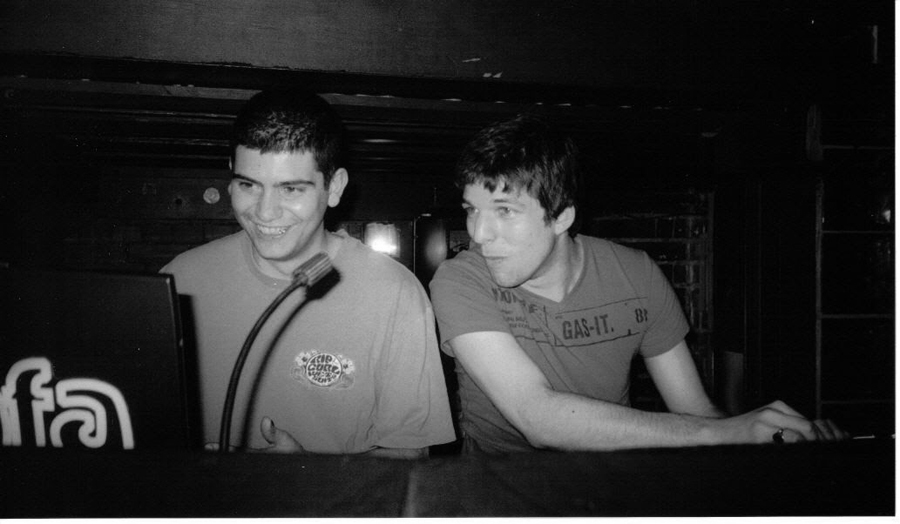 The MFA at Turnmills in London


• You got very popular and toured the world. are there some memories you can draw on that describe a little bit the the feeling of that time .. maybe something you remember is is interesting for us.

It was so exciting to see so many new places around the world. In general the rhythm was flight, pick up by promoter, sound check, dinner, club, hotel. So if you are interested in planes, eating new food and clubs, like I am, it was a perfect combination! We got to meet some really interesting people that we would never have had the chance without the opportunities that The MFA brought us. But there wasn’t much time for sightseeing so despite being to Berlin and Barcelona many times it wasn’t until years later that I actually saw things like Brandenburg Gate or Gaudi’s Cathedral..


• There is a lot of categorization going on nowadays through micro genres of music.. for every taste there is something in the internet. So how would you judge your style today?

I’ve never learnt how to figure out what genre something is. We always just write what we feel like and hope that someone likes it! I guess we always have one eye on how it might be to play a track live at a club or in a festival. We don’t even really like the same kind of music but the good thing about doing your own is that you kind of like it anyway!


• What is the story behind the title: Oranges and Lemons. It directly reminds one of the gambling machines in the gambling halls in the UK.!

We still had our old copies of Future Music magazine from the 90s and found the free cover sample CD that contained the classic 90s bell sound. We were trying to come up with a name that referenced bells without calling the track ‘The Bells’ as that has been done very famously before! The nursery rhyme ‘Oranges and Lemons’ is about the different sounds of church bells in London so we thought that was a nice idea. 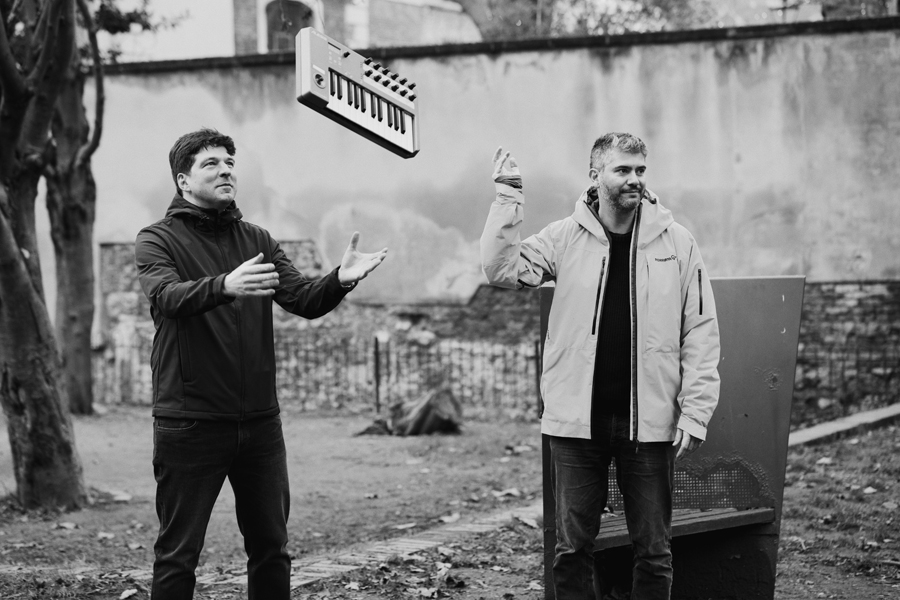 • Tell us a little bit about the video to "Oranges and Lemons":

When we saw the video we really liked the concept. London and lots of cities are changing and lots of the clubs I grew up with aren’t there anymore. Coronavirus is making things even harder. Electronic music seems to have been overlooked by a lot of the support to protect the arts. I hope there will be more support to protect the scene. This isn’t something that can be replaced with social distancing!


• And certainly we want to know how a life act of yours will look today after such the lockdown! How would you want to see yourself playing live in clubs?

It would be a dream to play some gigs again. I think for now we are focused on writing some new music and hoping that the world can recover from the pandemic. Hopefully in the future we can all meet again in a sweaty basement with hundreds of people.